By Garibaldi on December 31, 2010 in Feature, Loonwatch Updates 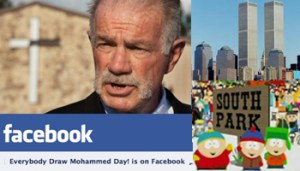 2010 has been an unbelievable year! Can we say that we are happy that it is finally over? Only if that means that the wacky anti-Muslim Islamophobia that reached unprecedented and at times demented levels will recede. However, it doesn’t appear as though that will be happening any time soon.

Looking at the year in review we see that right-leaning and populist anti-Muslim/xenophobic organizations and party’s increased their power/influence across Europe while also initiating and passing discriminatory legislation in their countries.

In the United States we saw the convergence and solidifying of a network of Islamophobes across the nation who joined arms with their brethren across the Atlantic ocean. We were also treated to the Republican party’s instrumentalization and usage of Islam for purposes of fear-mongering during the the run-up to the 2010 elections; add to this mosque controversies, hate crimes, anti-Muslim rallies and your run of the mill nuke Mecca suggestion and you had 2010.

The beginning of the year saw a slew of hate crimes, it also saw our piece, “All Terrorists are Muslim…Except the 94% that Aren’t,” go viral and become one of our most popular pieces ever, getting picked up by various mainstream media outlets. 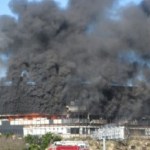 Events picked up shortly after that with Joseph Stack flying his plane into a IRS office kamikaze style and the failure of many, especially on the right to equate the act to terrorism.

Such double standards were consistently exposed by us throughout the year, particularly in our “What if they were Muslim?” segment. We documented the colossal double standards that exist both in media and popular perception when it comes to judging crimes committed by Muslims against those committed by individuals of other faiths. Invariably, when a Muslim commits a crime it is blamed or linked to Islam, whereas if someone else does it his or her faith is not mentioned — even if it was the motivation.

Of course we would be remiss if we did not mention the biggest story of the year; the Cordoba House, i.e. Park51 or as it has come to be known by many, “the Ground Zero Mosque controversy.” This was a story that raged for months and was “whipped up into a frenzy by a pair of bigoted anti-Muslim bloggers, Pamela Geller and Robert Spencer, two individuals who should be summarily dismissed as loons that have zero influence in the mainstream media or amongst any of our politicians.”

The Republicans latched onto this story and attempted to make it the wedge issue that they could use to ride to victory during the elections. A dozen or more candidates incorporated this issue into their platform with some making it their sole selling point, (un)surpirsingly a handful actually came out victorious, most prominently the looniest of them all, Allen West.

This was also the issue that catapulted Pamela Geller and Robert Spencer into their 5 minutes of fame. We had been reporting on these two, their financiers, networks and supporters ever since we started Loonwatch, our pieces on both of these goons especially “Pamela Geller: The Looniest Blogger Ever” was picked up by mainstream media outlets including the New York Times, Salon.com, Christian Science Monitor and the Washington Post.

Both Geller and Spencer were irked to no end by this and though they attempted to play the silent game were forced at some point to respond to Loonwatch, but they did so only with ad hominem attack and zero interaction with the substance of our articles. Geller resorted to calling us a “Goebbels-style hate site” while Spencer wished to inflict “100-101 lashes” on Danios who he labeled a “slick liar” while continuing to run-away and evade Loonwatch’s open challenge to a radio debate.

Today the controversy over Park51 is still simmering though the rhetoric and verbiage on it has cooled down quite a bit to the chagrin of Spencer and Geller. The spill over from Park51 left a terrible residue and sparked controversies around the nation.

It seemed that the issue with mosques (i.e. Muslims) was not simply about proximity to “hallowed ground,” but the right to build and freely worship was being challenged all over the country. 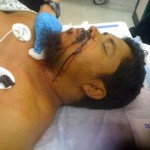 There are about six more places from our count where mosque controversies were raging, but the above sampling gives you an idea. The worst spillover of the mosque controversy undoubtedly manifested itself with the near fatal stabbing of New York City cab driver Ahmed H. Sharif. Passenger Michael Enright entered his cab, asked him “Are you a Muslim?” and when the cabdriver replied, “Yes,” slashed his throat.

There were other notable Islamophobiapalooza moments during the year as well. For instance Rima Fakih, the first Muslim Miss America drew the ire of right-wingers and Islamophobes who didn’t like seeing a brown lady with the crown, let alone a Mooslim. There was also the South Park/Revolution Muslim controversy and the resultant Everybody Draw Mohammed Day on Facebook which descended into an orgy of bigotry and hatred. Later this would reveal the epic double standards and failure of the moribund perception-makers in the media when contrasted with the way it dealt with the story of Pastor Terry Jones and his wacky Dove Outreach Church’s “International Burn the Koran Day on 9/11” (Read: Islam and the Media in the Age of Islamophobiapalooza).

The final focal point with which Islamophobes and their cynical cohorts in the Republican party attempted to garner populist support through anti-Muslim fear-mongering was surrounding the buzz word: Sharia’. Sharia’ is the boogey monster that Muslims, 1% of the population of America is going to impose. Forget the fact that most of those advocating this conspiracy theory are themselves woefully ignorant of the Constitution, a document that they subvert with every statement and move they make. It got so bad that Oklahoma overwhelmingly passed a measure banning Sharia’ which has (thankfully) been overturned for being unconstitutional, it should also have been overturned for being unbelievably stupid.

This leads us to consider the biggest Islamophobic conspiracies of the year, which could be a feature piece on its own:

At the end of the day, all hope was not lost. There were many whose eyes were opened and Loonwatch helped by being picked by prominent and diverse bloggers as well as media venues as varying as AlJazeera, NPR, Christian Science Monitor, The Independent, AlArabiya etc. Many concerned citizens spoke out eloquently to reject and counter Islamophobia, our segment “Anti-Loons” vividly  showcased the best of those who opposed bigotry and were sincerely and effectively working to counter hate and ignorance on all levels, especially against Islam and Muslims. Lesley Hazelton’s profound lecture describing her experience with the Quran left us with hope, that those who make an effort may come to see beyond the stereotypes, the ignorance that shackles us and fosters animosity between humanity.

“Part of the problem I think is we imagine that the Quran can be read as we usually read a book. As though we can curl up with it on a rainy day with a bowl of popcorn in reach, as though God, and the Quran is entirely in the voice of God speaking to Muhammad, were just another author on the best-sellers list. Yet it is precisely because so few people read the Quran that it is so easy to quote, that is to misquote, phrases and snippets taken out of context, in what I call the highlighter version, which is the one favored by Muslim fundamentalists and anti-Muslim Islamophobes.” —Lesley Hazelton