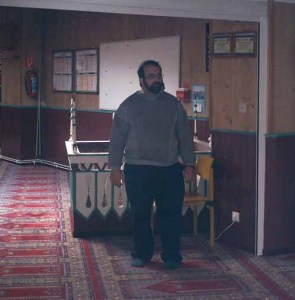 by Sheila Musaji (The American Muslim)

Robert Spencer cannot let any opportunity go by to find a way to make a negative statement about Islam and Muslims.  Today, he used the occasion of the celebration of OUR nation’s Independence Day, the 4th of July to find a way to target American Muslims rather than to simply express his patriotism.

In his article, he lists four freedoms that “we” must defend.  In his commentary on what “we” must defend against, he uses only examples that he thinks represent Muslim attitudes at variance with the Constitution, and most of the examples he gives are from other countries, and from ancient texts.  According to the worldview Spencer is promoting, Muslims are anti-Constitution, anti-American, and untrustworthy and disloyal citizens.  It is clear that the “we” he refers to does not include Muslims.  He doesn’t mention any other individuals or groups who might pose a threat to our Constitution.  He also doesn’t mention any positive contributions of Muslims toward defending the Constitution and our freedoms.

Spencer only gives three references to American Muslims, and those in his first point.  Omar Ahmed, the individual accused of making one of the statements denies that he ever made this statement.  The supposed quote from the Muslim Brotherhood memorandum is questionable at best (see Muslim Brotherhood Document of the Muslim or Islamophobic Lunatic Fringe?).  The quote attributed to Ibrahim Hooper is not only out of context, but can be variously interpreted (see A response to Daniel Pipes’ allegations).

Here are the 4 freedoms Spencer mentions:

I would agree with him on the importance of these freedoms and many more (for example,habeas corpus, the rule of law, civil rights, surveillance and profiling of citizens, etc.) and agree that all Americans must in every generation defend these freedoms from those who would undermine them.  American Muslims have strongly defended those freedoms:

2.  Freedom of speech.  American and Canadian Muslims issued a Defense of Freedom of Speech.  This statement specifically states that We uphold the First Amendment of the US Constitution and the Canadian Charter of Rights and Freedoms.  Both protect freedom of religion and speech, because both protections are fundamental to defending minorities from the whims of the majority.

3. Equality of rights before the law, and 4. Governments deriving their just powers from the consent of the governed. See below.