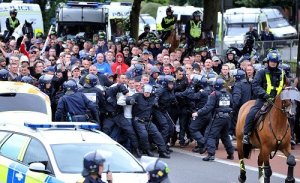 Pamela Geller‘s defense of the EDL falls in the face of logic and facts–once again (Islamophobia-Watch):

More fairytales from Geller about the EDL’s Bristol demonstration

Having confidently predicted that “thousands” would be marching with the English Defence League yesterday to protest against the “Islamification of Bristol“, Pamela Geller has failed to explain why only a few hundred people turned out for what was advertised as a national mobilisation by the EDL.

Shifting her ground, she has now decided to emphasise the supposedly respectable, non-violent character of the EDL, reporting that they were “well-behaved” and “maintained a calm and peaceful assembly” during their Bristol protest (in contrast to their anti-fascist opponents, who Geller claims “trashed the city and assaulted police”).

However, as you can see from the above photograph (via the Press Association), it was only the weight of police numbers (officers had to be drafted in from as far away as Yorkshire to allow the deployment of a 1,000-strong riot control force) that prevented the EDL from attacking their opponents.

On their way home from the march, and without a police presence to restrain them, the EDL were free to indulge in their proclivity for drunken violence, as is illustrated by this Facebook comment (viaEDL News) from a witness who was, until then, an EDL supporter (and still shares their hatred of “scummy muslims”). 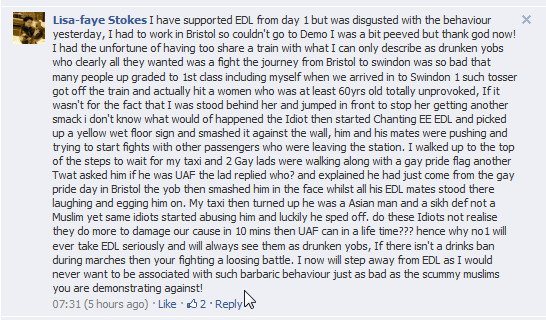 You can understand why Geller might want to cover up the violent nature of the EDL. She and her friend Robert Spencer are jointly launching a “worldwide counter-jihad alliance” with this gang of drunken thugs in Stockholm next month.

And we’re still waiting for Geller and Spencer to explain their support for an organisation that recently carried out an attack on a peaceful anti-monarchist protest in co-operation with the neo-Nazi, white supremacist and antisemitic National Front. 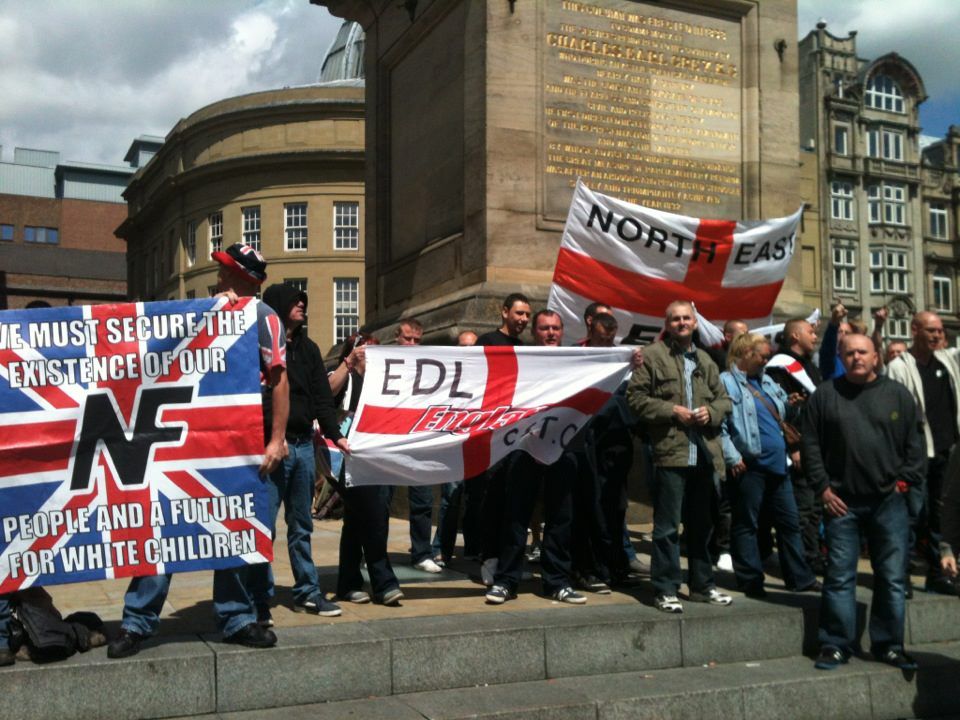