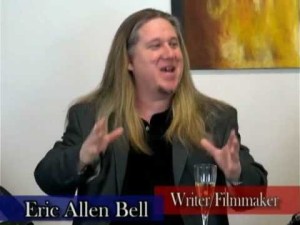 Every now and then an anti-Muslim Islamophobe wonders about the exigency of nuking Mecca and or Medina when he really means to want to destroy the sacred cities. To destroy Mecca and Medina has been an ardent desire of Islamophobes for centuries, harking back to at least the Crusades, if not earlier.

In a recent manifestation of such desire we have Jihadwatch zombie Eric Allen Bell (aka Eric Edborg) masking a call to nuke Mecca in a “question.” Who actually wonders about the “pros” and “cons” of “nuking Mecca” except someone who actually wants to do it? 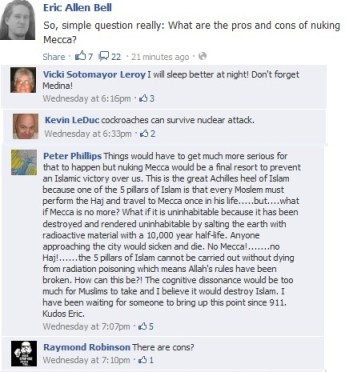 Notice the lovely responses from those in Bell’s little echo chamber of hate. Bell didn’t repudiate any of these gung-ho nuke Mecca advocates. Most people responded by either saying such a move would not be practical or in fact coming to realize that Bell had gone “too far this time.” Many of these comments were deleted by Bell.

A significant chunk of comments actually looked something like the following however: 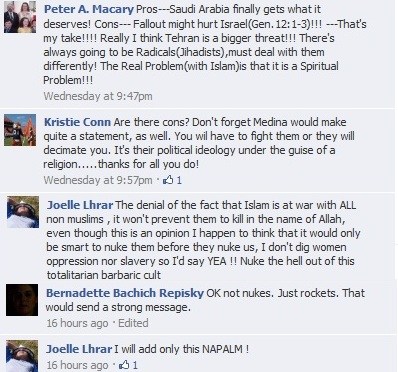 It seems clear to me that Bell has always had some sort of deep seated hatred and antipathy towards the “other.” One doesn’t wake up suddenly and ponder the merits of nuking the holy city of one of the oldest and largest religions in the world unless there is something deeply wrong with you.