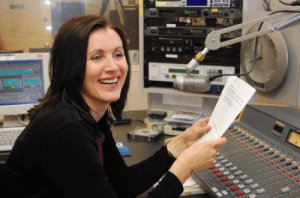 Muslim men if you’re ever around radio talk show host Laurie Roth, guard your private parts, she might go Lorena Bobbitt on you. Roth wants so-called “Islamic males” (whatever that means) to be castrated. In a psychotic Islamophobic article (If Islamic males can’t control themselves, is castration the answer?) that plays on falsities, generalizations and alleged statements and crimes by some Muslims, Roth advocates castration,

According to Roth one of the criteria for a Muslim male who is sexually abusing his wife or daughter is if women related to them wear the veil. Clearly Roth cannot countenance any Muslim woman voluntarily wearing a veil or headscarf, for her its all just male imposed misogynistic sexual abuse.

We should all agree that those who rape and abuse women sexually be severely punished, I can even understand the emotive desire to want to cut off such people’s private parts, tragically too many abusers get away with such horrid criminality which cuts across cultures.

The purpose of Roth’s article however is not to secure the rights of women, rather Roth only takes out her rusty castration blade for Muslim men, purposefully ignoring rampant sexual abuse elsewhere, in say the US military where 1/3rd of women have been raped and 90% have faced sexual abuse or the Catholic clergy pedophilia and sex abuse epidemic.

Why doesn’t she make equally shrill cries regarding perpetrators of sexual abuse against women and children in these traditions and institutions? It’s because she is an Islamophobic hypocrite.