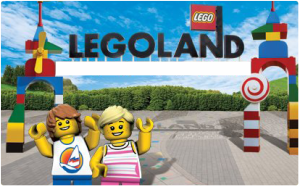 The hysteria over “Muslim Family Fun Day” in the UK (h/t: Farhan) sounds very familiar, as a similar anxiety and hysteria was witnessed here in the USA last year when some Muslim groups organized a Muslim Family Day at Six Flags Great America,

There has been a Muslim Family Day at Six Flags Amusement Parks in many cities across the U.S. for 10 years now, since 2000.  The idea was to plan a special day after Ramadan.  This year some of these Family Days will be held on September 12th, and that has set off a firestorm of objections.  Some even calling the event a “stab in the eye” of Americans, or “spitting in the face” of Americans.

Glenn Beck wonders why they (those Muslims) would be so insensitive as to pick a day so close to 9/11.  Obviously his crack research staff needs to be replaced.  That is the weekend after the end of Ramadan this year.  The Islamic calendar is lunar rather than solar, so events on the Islamic calendar move forward by approximately 11 days each year in the lunar calendar.  In a couple of years this event will be coming in August rather than September.  In 2009 the events were planned around September 21, in 2008 around October 1, in 2007 around October 14 – you get the idea.

The Tea Party Patriots website (the same folks that brought you the “bring your dogs” protest of the Temecula mosque) has a page which posts the rantings of all sorts of bigots claiming that this is a“symbolic victory”, “this is all about conquest”, “Islam is not a religion”, “STOP THE SILENCE. STOP THE NONSENCE. STOP THE MUSLIM DAY – THEY ARE NOT AMERICANS. THEY DO NOT ABIDE BY OUR CONSTITUTION – THEY ARE NOT ONE OF US – YOU ARE EITHER WITH US OR AGAINST US – MAKE YOUR DECISION.”, ” Islam tells people it is OK to be two-faced liars”, ” they cannot ever respect our constitution because it’s in direct violation with Sharia and how they must abide by a set of laws called dualism, compelling them to lie to others”, “there is no such thing of (sic) a ‘mild’ muslim”.

The family fun day which was organised by Sheikh Haitham al Haddad of the Muslim Research and Development Foundation (MRDF) for Sunday 9th March will not be going ahead after a barrage of violent messages were made by far-right Islamophobic extremists.

The English Defence League, Casuals United and other far-right groups vowed to hold a protest outside Legoland, many threatening to use violence to prevent the family outing.

“The Legoland Windsor Resort prides itself on welcoming everyone to our wonderful attraction; however due to unfortunate circumstances the private event scheduled for Sunday 9th March will no longer take place. This was an incredibly difficult made after discussions with the organisers and local Thames Valley Police, following the receipt of a number of threatening phone calls, emails and social media posts to the Resort over the last couple of weeks.

“These alone have led us to conclude that we can no longer guarantee the happy fun family event which was envisaged or the safety of our guests and employees on the day – which is always our number one priority.

“Sadly it is our belief that deliberate misinformation fuelled by a small group with a clear agenda was designed expressly to achieve this outcome. We are appalled at what has occurred, and at the fact that the real losers in this are the many families and children who were looking forward to an enjoyable day out at Legoland.

“We would like to apologies to them and to the organisers, and to thank them for their understanding. We hope that they will all be able to come to visit us during the season.”