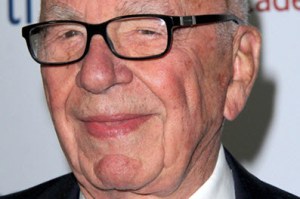 Just as people were nodding off and occassionally checking their Twitter feed, media Mogul Rupert Murdoch threw a proverbial left uppercut that woke up many a Twitter user. This is the comment that he posted at 2 am this morning.

In fact, just yesterday evening Guardian journalist Jonathan Freedland posted this excellent article in which he stated that,

“It follows that our responsibility is to thwart that effort. For Muslims, that has meant spelling out that these killers speak only for themselves. Note the speed with which a delegation of 20 imams visited the Charlie Hebdo offices, branding the gunmen “criminals, barbarians, satans” and, crucially, “not Muslims”.

Of course they should not have to do it. The finger-wagging demand that Muslims condemn acts of terror committed by jihadist cultists is odious: it tacitly assumes that Muslims support such horror unless they explicitly say otherwise. The very demand serves to drive a wedge between Muslims and their fellow citizens. (As it happens, Jews have some experience of this feeling: we too are sometimes told we have to condemn this or that action taken by others – and over which we have no control – if our place in polite society is to be secure.)”

Maybe most Moslems peaceful, but until they recognize and destroy their growing jihadist cancer they must be held responsible.

Twitter responses to the media mogul’s comments were if anything, gems of their own.

Rupert, is West responsible for our extremists, Anders Breivik? etc “@rupertmurdoch: Moslems .. must be held responsible.”