This storm of controversy started after Martin released a photo of a T-Shirt design she is currently marketing, which reads “F*ck Chris Kyle”.

Interestingly, this story blends into right into a much more inflammatory situation created by anti-Islamic media personality Pamela Geller who was seen to have intentionally baited what looked like a terrorist attack in Garland, Texas last Sunday.

“Very telling that the #ChrisKyle fans who tell me he ‘died for my freedom’ to wear clothes are threatening to rape & kill me for free speech,” said Martin on Twitter…

Perhaps. Abby Martin is a staunch anti-war voice and her view are very well known on that issue – so her feelings regarding both Kyle and American Sniper should come as no surprise to anyone. Mob threats of physical violence against Martin and her family are flat wrong, if not illegal, and should be treated seriously by law enforcement. However, in this new nation of extremes, it’s obvious that passions are running hot in all directions – on issues regarding war and the synthetic fear of terrorism, ISIS and of Muslims in America. Unfortunately, not everyone is patient enough, or in some cases even able to rise above the “shock culture”. Whether it’s the bombastic Geller, the cutting Martin, or the war mongering cult of Kyle, this is the new ugly America where everyone is compelled to shove it in each others’ faces, and where ideological opponents are threatened with heinous physical crimes. 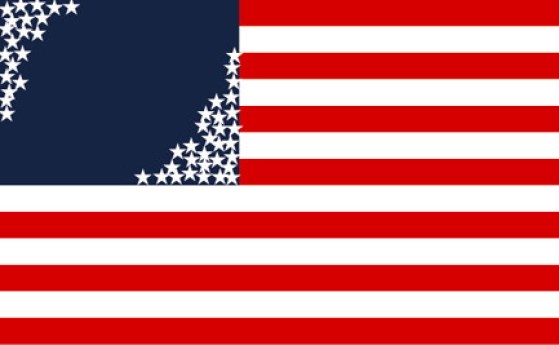 Beautiful America. Classy America. The envy of the world, right?

Wiser pundits should be wondering where this new “free speech” odyssey is actually heading. Regardless, we’ll have to get used to a confrontational culture, of endless calculated and intentionally instigatorial mud-slinging, hate-based and polarized discourse trumps civil debate and discussion. This is just the way things are now. And we expect this unsettling trend to get worse, before it gets better.

So who’s right and who’s wrong? At some point in the near future, that won’t even matter (if it doesn’t already). Problem, reaction, solution. Undoubtedly, this is where the foul-mouthed ‘Geller Culture’ is all heading. As this new instigator environment becomes progressively worse (as it certainly will), then expect our trusted savior and nanny supreme – the Government – to step in and restrict our REAL free speech. Originally, Americans’ “free speech” was earmarked by the US Constitution’s founders – first and foremost – to protect genuine dissenters from a tyrannical government or state.