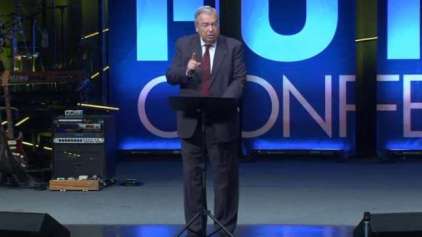 If Muslim Americans thought that they were being watched by the FBI in their mosques, community centers, local restaurants and cafes (as they are), well, that’s nothing compared to what the secret-Mooslamic-Empire is doing with its world takeover plot that will usher in the Last Days/End Times/Return of the Moschiac. That’s according to Israeli author Avi Lipkin, a beloved and frequent commentator on the right-wing Zionist speaker circuit.

Lipkin has been telling churches that “‘all’ churches in America have been infiltrated by Muslim spies who frequently pretend to have found Christ but are really looking to provide intelligence to radical Muslims who will try to kill all Jews and Christians when jihad is ordered upon the U.S.”

This is a departure from Lipkin’s previous call for Christians to bring Muslims “to the Lord or they’ll bring you to the sword.” Apparently, even ex-Muslims aren’t to be trusted as they might be activated at any moment to usher in The Jihad. Lipkin also states that Israel will expand its borders into Syria, (which it already did in 1967), perhaps Lipkin ascribes to the conspiracy that Israel seeks to extend its borders from the Nile to the Euphrates. 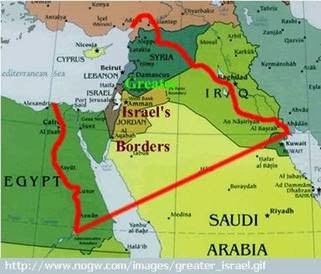 Lipkin thinks Islam is a psychosis, his recent rants really make you wonder why he is projecting so hard?

By Oge Okonkwo, The Pulse

A popular Jewish author, Avi Lipkin, has warned that “all” churches in America have been infiltrated by Muslim spies who frequently pretend to have found Christ but are really looking to provide intelligence to radical Muslims who will try to kill all Jews and Christians when jihad is ordered upon the U.S.

Christian Post reports that Lipkin, who has authored a number of books critical of radical Islam, frequently speaks at Christian churches around the U.S. to emphasize the importance of unity between the Jewish and Christian communities in standing against the advance of radical Islam.

Lipkin, who immigrated from New York to Israel in 1968, spoke at this week’s Future Conference held at Skyline Church in San Diego where he proclaimed that the world is facing the “most interesting” biblical period since the days of Jesus Christ and contended that the coming of the Messiah is just around the corner.

“We are realizing with our own very eyes fulfillment of more Bible prophecy than in any other generation in 2,000 years,” Lipkin asserted. “I believe the Messiah is in our time and I believe Israel will realize its borders.”

As Lipkin believes that Israel will soon expand its borders to occupy part of Syria, he argued that soon after, jihadi orders will be called to rid the world of Jews, Christians and other non-Muslims.

When Muslims are called to jihad, Lipkin believes that they will already have personal information on Jews and Christians because they will have used deception to build personal relationships with those they seek to exterminate.

Explaining that it is a violation of the Quran for Muslims to seek relationships with Jews and Christians, Lipkin said there is an exception for those who plan to act as Islamic spies on churches and synagogues.

Lipkin further explained that his wife, an Egyptian-born Jewess named Rachel, is an avid monitor of various Islamic broadcasts, television feeds and other Islamic news outlets. In one particular Arabian broadcast, Lipkin said Rachel heard the claim made that “all” churches in America have Muslim spies.

“It is very dangerous for a Muslim to even be associated with Christian missionaries or Christian churches unless they are spies. My wife has picked up broadcasts that say all the churches in America have Muslim spies in them, including former Christians who converted to Islam,” Lipkin said.

“When Muslims come to you and say ‘Oh yes, we have accepted Christ and we are born-again,’ you gotta be real careful because lying in Arabic is not only permissible it is commanded. Lying is a virtue in Islam to defeat the enemy.”

Lipkin told the story of one highly-decorated Middle Eastern Muslim doctor who applied for a Canadian visa in order to set up a medical office in Edmonton, Alberta. Before leaving for Canada, Lipkin explained that radical Muslims demanded that she record the personal information, addresses and phone numbers of her Jewish and Christian patients in Edmonton. The Muslims demanded that after she acquired the personal information of her non-Muslim patients, she had to send it to them on a disk so that information can be used to kill her patients once jihad has been ordered in Canada.

“This was in 1999 but even now, they are cataloging the Jews wherever the Jews live. The Muslims like to have ecumenical relations with the Jews because they want to know who the Jews are and they go to the rabbis and want to be best friends with a rabbi. They want to get close with the rabbi because it will be easier to reach him and kill him.”

Lipkin further suggested that when the orders for jihad are made, Muslims are to kill the Jews on Saturday (the Jewish Sabbath) and then kill the Christians on Sunday.

“Allah wants to kill the Jews on Saturday and kill the Christians on Sunday; kill the Hindus, kill the Buddhists, kill the blacks in Africa and the Muslims kill each other all in the name of Allah,” Lipkin contended. “The bottom line in Islam is that every Jew dies and after that every Christian dies. Jesus Christ is coming back.”

“Ask any Muslim and they will tell you that Jesus is a Muslim,” Lipkin added. “On that day of judgement, every Jew and every Christian who has not converted to Islam will have his throat personally slit by Jesus Christ, the Muslim.”