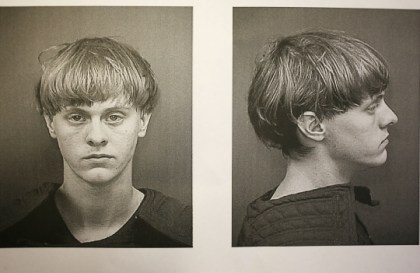 From this point I researched deeper and found out what was happening in Europe. I saw that the same things were happening in England and France, and in all the other Western European countries. Again I found myself in disbelief. As an American we are taught to accept living in the melting pot, and black and other minorities have just as much right to be here as we do, since we are all immigrants. But Europe is the homeland of White people, and in many ways the situation is even worse there. From here I found out about the Jewish problem and other issues facing our race, and I can say today that I am completely racially aware.

The predictable retort from those who will try to disassociate what Dylann Roof believed from their hate-filled ideology will be that he doesn’t mention fascist European politicians such as Geert Wilders by name, nor does he cite Robert Spencer or Pamela Geller specifically the way Breivik did. They may even claim that Roof isn’t referencing the Muslims of Europe at all.

However, those who object would be wrong. Roof was absolutely influenced by Islamophobic conspiracies when he mentions that “the same things were happening in England and France, and in all the other Western European countries…Europe is the homeland of White people, and in many ways the situation is even worse there.”

It should be recalled that Roof cited the Council of Conservative Citizens (CoCC) as having particular influence on his murderous anti-Black racism. CoCC heightened his paranoid perception of unfairness and belief that somehow Whites were an oppressed class whose “women were being raped” by Black men who “were taking over.” Language that is very similar to what one hears from the Islamophobia Network about Muslims, especially Muslims in Europe.

In fact, a corollary to CoCC’s horrid anti-Black racism is their virulent Islamophobic hate and conspiracy theories. A simple search for the term “Islam” on the Council of Conservative Citizens’ website brings up articles, including: White supremacist Jared Taylor discussing a future third World War between Europe and “Islam”, claims that Facebook’s Mark Zuckerburg is censoring criticism of Islam, multiple articles supporting European groups and individuals involved with the anti-Muslim group PEGIDA, promotion of the conspiracy of “Islamization” by Geert Wilders’ PVV party, positively citing Bill Maher for his views on Islam and Muslims, fear of the spread of Islam in US prisons, claims that Jews are supporting the “Islamification” of Europe as “revenge for the Holocaust” (an Islamophobic-anti-Semitic narrative that I discussed in a previous article), pushing the conspiracy about Muslim men raping White women across Europe, targeting the predominantly Black Muslim Islamberg community (a group that was recently the target of a foiled terrorist attack by a White Christian). There are also a number of articles claiming “no one has mistreated Blacks like Muslims,” an attempt to exculpate themselves for their own racist views by projecting onto another religion.

It is therefore not a leap at all to consider that Roof’s expression of deep angst about “what was going on in Europe” was a reference to the Islamophobic language, narratives and conspiracy theories common among the differing currents and trends within the trans-Atlantic Islamophobia Nework. 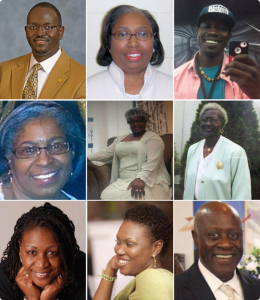 They lived a life of love and service and while worshiping were killed because of hate.

Roof’s mad manifesto is shorter than Breivik’s 1,500 page screed, yet we can gleam commonalities and some minor distinctions in their beliefs. Both Breivik and Roof see Europe as the home of Whites (their “people”), under “threat” from “outside invasion.” Roof makes no mention of Christian identity whereas Breivik explicitly considers himself part of a Neo-Crusader movement and in fact one of a group of “Templar Knights” (It should be noted here that CoCC’s “statement of principles” asserts that the US is a “Christian country,” that should be made up of “European peoples.”) Roof’s seminal preoccupation was race and seeing everything through the lens of “racial awareness,” while Breivik also focused on other aspects of civilizational identity, specifically Christian heritage.

There’s ample evidence that Roof held deeply anti-Black beliefs for years and he may not have required the influence of the pervasive White supremacist currents of the Islamophobia Network to kill and terrorize in Charleston. In the end he was a racist with a supreme hatred of Blacks and other races, (oddly he admired East Asians and thought of them as allies). Yet it is clear that Roof was further radicalized by his visits to CoCC and there is no doubt that the prominence given on their website to the narratives of the Islamophobia Network influenced and heightened his ideological belief in the oppression of Whites world-wide.