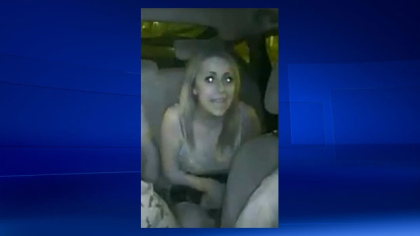 A good thing Calgary is taking this seriously.:

WATCH ABOVE: Hate crime charges have been laid against a passenger in a Calgary taxi abuse video. Global’s Nancy Hixt reports.

CALGARY – A woman who was caught on CCTV video abusing a Calgary taxi driver has been charged with a hate crime.

Twenty-four-year-old Brittany Bachinsky is charged with uttering threats to cause death or bodily harm in the July 2014 incident. The video was released to Global News in July 2015.

The video obtained by Global News shows Bachinsky berating the cab driver, saying, “I don’t know why the f–k they let people like this into our f—ing country.

“You shouldn’t be allowed in my country.”

Safou Ranna is the taxi driver shown in the video and has been driving a Calgary cab for two years.

“Your country? It’s not your country,” says Ranna in the video.

“I will f–k you up, buddy. You are a disrespectful motherf—er, you should be so glad to be in my f—ing country,” says Bachinsky.

Ranna says he is happy charges have been laid.