By Emperor on November 6, 2015 in Loon Violence 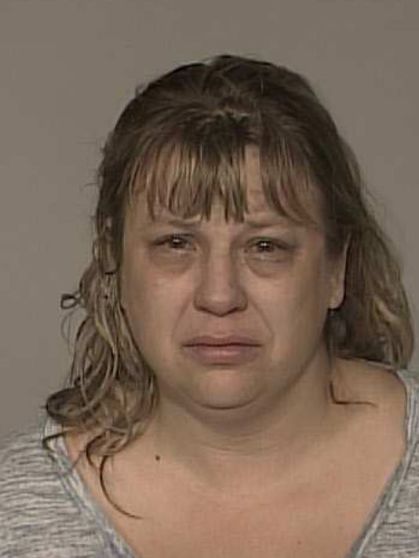 Jodie Marie Burchard-Risch smashed a beer-mug across the face of a Muslim woman at an Applebees because she didn’t like the fact that she wasn’t speaking English. Where was Burchard-Risch indoctrinated to hate?

There is no rational thought that can dissuade these nativists who blame their miserable existence on those who are not like them.

Maybe this is how Jodie Marie Burchard-Risch and those like her will “Make America Great Again”?

COON RAPIDS, Minn. – A woman is charged with assault for allegedly smashing a beer mug across a diner’s face at a local Applebee’s — all because the victim wasn’t speaking English, according to the complaint.

Jodie Marie Burchard-Risch, 43, was charged with third-degree assault for an incident that occurred on Oct. 30 at the Applebee’s in Coon Rapids.

According to the criminal complaint, Burchard-Risch was dining with her husband when she became upset after hearing the victim speaking in a foreign language in the neighboring booth.

Authorities say that’s when managers stepped in and tried to get Burchard-Risch to leave.

Charges say she refused, continued to yell at the victim and threw her drink at the woman. Then she “smashed” her beer mug across the woman’s face in a “round house punch” motion and fled the scene, according to the complaint.

One of the Applebee’s managers followed Burchard-Risch out of the restaurant until she was arrested by responding officers.

Police met with the victim inside the restaurant and noticed a deep cut across her nose, a cut on her right eyebrow and a large, deep cut on her lower lip.