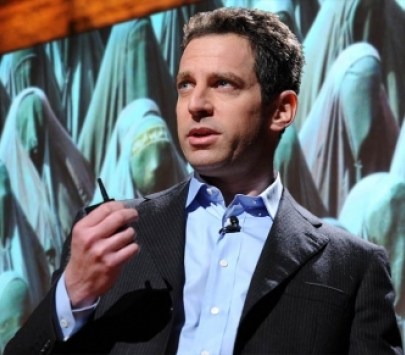 There’s a debate that Sam Harris doesn’t want published even though he’s the one who asked for it in the first place. His excuse is that it was extremely “boring” and that his nerdy sycophants, who have better things to do wouldn’t want to waste their time listening to it.

Last December, I published an essay in Salon reviewing “Islam and the Future of Tolerance,” a book-length “discourse” on reforming Islam, conducted between neuroscientist Sam Harris and activist Maajid Nawaz. In it, I argued that the book was a simplistic and unoriginal take on a complex topic, more of a friendly conversation than any kind of serious analysis. The piece concluded by lamenting the erosion of public debate, as intellectuals of previous eras have been replaced by profiteers more interested in advancing narrow agendas than in exploring difficult questions.

The piece got Harris’s attention, and he publicly reached out to me on Twitter to invite me on his podcast to “discuss these issues.” Although some of his followers mocked the invitation, I gladly accepted, and we set a date and time for our debate.

That’s when things got interesting, because it turned out that Harris did not want a traditional debate or even an open discussion. As he wrote in one email:

I’d like you to just read [your piece], line by line, and I’ll stop you at various points so that we can discuss specific issues.

This was a bizarre and rather creepy way to structure our conversation. Think of how awkward it would be to read your writing in front of a critic who had empowered himself to stop, critique, and rebuke you whenever he wanted, with thousands of people listening. Even the strongest piece of writing cannot withstand a line-by-line cross-examination because such an exercise puts the writer in the witness box and therefore on the permanent defensive. If Harris’s rules were followed, our discussion would be more like an undignified show-trial than a frank conversation. Is there a single journalist who has ever participated in, much less proposed, this sort of guerrilla attack?

I replied to Harris and noted the absurdity of his invitation:

I really hope you were not literally intending for me to come on and read my essay on your podcast with you stopping me every other sentence as if I was in some kind of deposition or trial. This would be a totally fruitless conversation.

Instead, I proposed an alternative approach: We should each pick a few topics—reforming Islam, radical jihadists, holy war, etc—and have a debate around each one, alternating between who would kick things off. In other words, we should have a normal debate, on equal footing, where arguments could be tested against their rebuttals. Harris rejected that offer and firmly reiterated demand to be  judge, jury, and prosecutor.