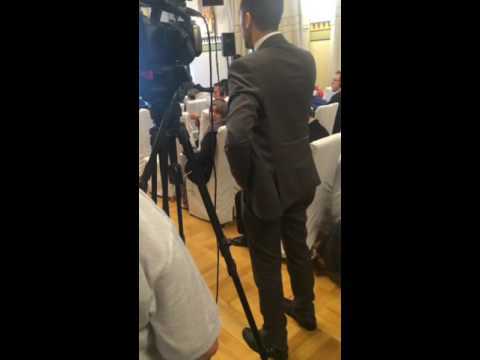 An important read by the director of CCiF, Yasser Louati on his confrontation with political and national figures who have advanced Islamophobic narratives and agendas in the guise of liberalism. Such interventions of speaking truth to power are vital and must be shared widely.:

By Yasser Louati, via. Alternet

What might have been another mundane public relations event with foreign government officials ended up in a heated debate between the audience and three figures who have played an influential role in shaping the political atmosphere in Western Europe and the Middle East.

Despite having been invited to speak on Europe’s dangerous trend of Islamophobia, Straw set the tone by wondering why Muslims were not loud enough in condemning 9/11 or bold enough to address global terrorism — ignoring all the blanket condemnations French media either did not report or omitted from their coverage. Addressing the growing refugee crisis in Europe and the rise of anti-migrant attitudes in his country, Kouchner staunchly refused to hold France’s successive administrations responsible for the numerous laws and measures specifically targeting French Muslim citizens. In return, Kouchner expressed his satisfaction at laws limiting the garb Muslims are allowed to wear in public spaces because, according to him, “freed Muslim girls and women from the oppression of their brothers, fathers, and husbands”.

Though Spain’s Zapatero denied the existence of Islamophobic attacks in his country, he distinguished himself by refusing to draw a direct link between Islam and terrorism and called for widespread efforts to tackle anti-Muslim sentiment through education and dialogue.