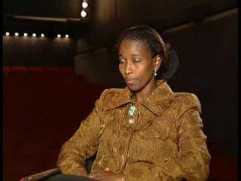 The Australian “Imam” Shaikh M. Tawhidi is being groomed into an international celebrity. Some weeks ago he claimed that he was persecuted by “the Australian Muslims” and went into hiding. That made him famous outside Australia. The self proclaimed “Muslim reformist” Ayaan Hirsi Ali has voiced her support of the “Imam“.  He is the latest darling of Jihadwatch and Pamela Geller. One Nation, the political party that wants to kick out all “disobedient Muslims” from Australia, loves him. He is a strange Imam. Just look at this:

A strange Imam indeed. He publicly states that Islam is a dangerous religion. He wants to close all Islamic schools and believes that no more mosques should be built in Australia. He complains that Muslims in Australia are not protesting against ISIS. He believes that all of Palestine belongs to Israel, and he claims that his father would not have moved to Australia if he had known that so many Muslims would live there in the future.

‘My father wouldn’t have moved from Iran to Australia if he’d known there’d be so many Muslims here’.

The slip of the tongue is understandable if you know that Shaikh M. Tawhidi supports a racist political party that hates Muslims.  Below is one picture he posted on social media recently, when he made offerings of roses to One Nation posters. One Nation is a radical rightwing party in Australia that hates Muslims. 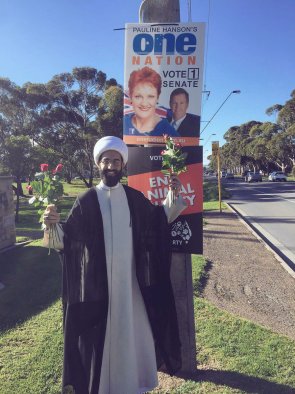 He supports One Nation and apparently they like him, or what should we say about the frequent posts by the party representative in South Australia praising the imam? 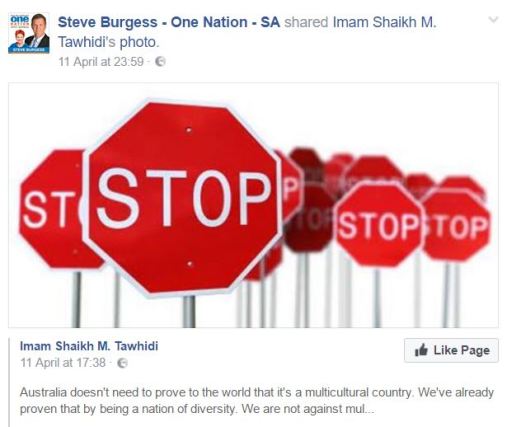 Besides this, he apparently is a supporter of a Korean cult:

With his gold-trimmed white robes and pointed turban, the man who calls himself both an Imam and Sheikh cuts an elegant figure as a minder guides him out of the car, past more jubilant Koreans and television cameras, and into the surreal surrounds of an Olympic stadium filled to capacity, where tens of thousands of seated spectators holding coloured cards form a gargantuan human LCD screen.

Here he is ushered to pose for photographs with other similarly well turned-out men of faith, all of whom have been flown in from religious communities across the globe to take part in the World Alliance of Religions Peace (WARP) summit.

But the cheer squads are not really here for Tawhidi, and this is not really a peace conference. These ecstatic young Koreans are members of an allegedly dangerous religious cult taking part in a highly regimented North Korean-style stadium extravaganza to pay tribute to their controversial leader, Lee Man Hee. 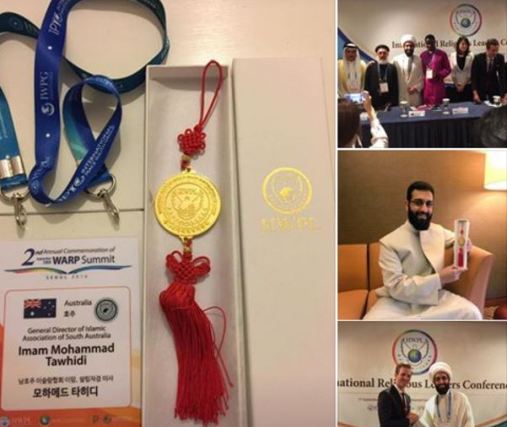 Well I can agree with one thing the “Imam” says: we certainly need to scrutinize some of the Imams in Australia. Lets begin with the imam Shaikh M. Tawhidi! Who funds him? And why?