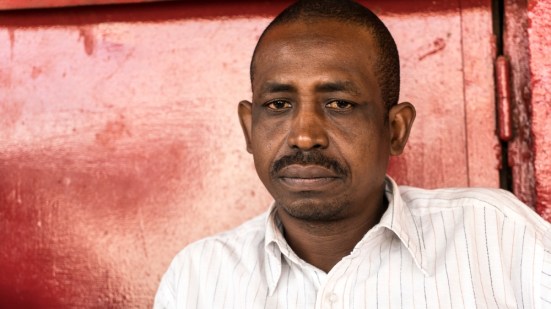 There has been an extraordinary amount of violence perpetuated against Muslims in the Central African Republic. At one point all its Muslims had been ‘ethnically cleansed’ and all its mosques essentially destroyed. Ilisha series from a few years ago on CAR is a must read.

Now some of those who were driven out are returning “to nothing.”

Bangui, Central African Republic – M Babakir Ali cuts a lonely figure sitting on a plastic chair outside a rundown cafe in the PK5 district of Bangui.

Once the owner of five houses and 18,000 square metres of land in the Foulbe district of Pk13, on the outskirts of Bangui, capital of the Central African Republic, Ali is now reduced to a pair of jeans and a short white sleeved shirt. The thin vertical stripes are faintly visible beyond the creases. He is a refugee in his own city.

“I left for Chad in January 2014 because of what happened on the streets of Bangui,” Ali says.

Ali says he watched as bodies of young Muslim men were dragged through the streets of the capital and then piled at a local mosque in what was to signal the changing fortunes for Muslims in the country.

In early January, Muslims in the PK5, PK12, PK13 districts of Bangui were hunted down, mutilated, burned alive and left on the streets. Muslims in the towns of Bossangoa, Bozoum, Bouca, Yaloke, Mbaiki, Bossembele and others also fled, as Anti-balaka embarked on a reign of terror across the northwest and southwestern regions.

Ali gathered his family, and fled to neighbouring Chad, too.

With the unrest in Bangui lifting in 2016 as the country neared elections, he decided to come home.

But he knew he would face a new struggle on his return.

“I knew my houses and my land, that everything had been taken,” 45-year-old Ali says. “I knew I would be coming back to nothing.”

Ali speaks in short and abrupt sentences. The already battered plastic chair bends and shifts with his every gesture. There is a calm dissonance in his moist, jaundiced eyes even as he explains that his property was sold to a third party by a local chief.

“I am not the only one. So many from my district have returned, and have nowhere to go,” Ali says, looking away.