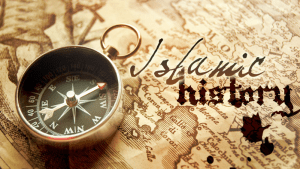 The Islamophobic strategy of targeting public school social studies and history textbooks that have sections on Islam by either having the books replaced with anti-Muslim histrionics or the courses removed all together was dealt a blow in Florida.

MELBOURNE, Fla. — Ninth-graders in Brevard County will keep using a world history textbook, despite fierce debate over its chapter on Islam.

The Pearson textbook came under fire in 2013 and again last month, drawing the attention of the local chapters of ACT for America and the Council on American-Islamic Relations. However, the school board ultimately decided Tuesday night to keep the textbook as is.

Leading up to their decision, opponents argued that the chapter ignored the “true history” of Islam and painted Mohammed and the treatment of women in an overly favorable light.

“I think we all understand that the challenges to the specific faiths that are addressed in this book are not random challenges,” said Philip Stasik, president of the Space Coast Progressive Alliance. “This is an organized challenge against the Muslim community, and frankly it’s an insult to the Muslim community.”

Others said it scared them to see people who want to challenge “years of documented history” because of recent political discourse.

“I’m pretty offended by and really afraid of people who are going out of their way to make me feel unequal,” said Alyssa Ardhya, a freshman at Satellite High School. “They want to recreate the truth.”

It’s amazing how low Islamophobes will go in their Crusade against Islam and Muslims. Like all fanatic extremists they will cut off their nose to spite their face: i.e. purposefully remain ignorant to knowledge and truth. Indeed, they make-up their own “truth.”

Previous attacks on the Islam sections of history books have occurred in Alabama, Florida, Tennessee, and Texas. ACT! For America is behind a lot of the lobbying efforts and mobilization against the history textbooks. As RightWingWatch has documented, the basis of the strategy was detailed in a 200-page “national textbook study” called “Education or Indoctrination?”