By Ilisha on September 8, 2012 in Feature, Loon Politics, Loonwatch Updates 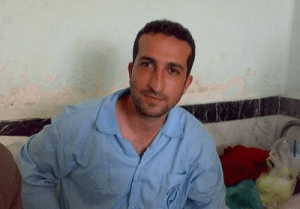 We’ve been following the plight of jailed Iranian Pastor Youcef Nadarkhani, who’s been held on charges of apostasy and Christian evangelizing for more than 1,000 days. At last, he has been released. (H/T: Sarah Brown)

Youcef Nadarkhani, the Iranian pastor who captured the hearts of millions as he stood firm in his faith while facing execution, has been acquitted of apostasy.

Two organizations that have closely been monitoring the case and have sources in Iran reported Saturday that Nadarkhani, who went on trial early Saturday, has been released from prison and is at home with his family.

“Thank you to everyone that has supported me with your prayers,” Nadarkhani said, according to Present Truth Ministries.

Though acquitted of apostasy, the Iranian pastor was found guilty of evangelizing Muslims. He was sentenced to three years imprisonment but was released because he already served this time.

“We give thanks to God for His deliverance and the answer to our prayers,” Jason DeMars, founder of Present Truth Ministries, said in a statement.

“We commend the Iranian judiciary for this step, which is a triumph for justice and the rule of law,” said CSW Chief Executive Mervyn Thomas. “While we rejoice at this wonderful news, we do not forget hundreds of others who are harassed or unjustly detained on account of their faith, and CSW is committed to continue campaigning until all of Iran’s religious minorities are able to enjoy religious freedom as guaranteed under the International Covenant on Civil and Political Rights, to which Iran is party.”

Nadarkhani, pastor in a network of house churches, was arrested on Oct. 13, 2009, after protesting the government’s decision to force all children, including his own Christian children, to read the Quran.

He was initially charged for protesting but the charges were later changed to apostasy and evangelism to Muslims. In 2010, he was sentenced to death and the ruling was upheld by the Supreme Court of Iran last year.

According to [some interpretations of] Islamic Sharia Law, an apostate has three days to recant. The Christian pastor had refused to recant his faith.

Christians around the world have prayed and appealed for Nadarkhani’s release. A Twitter campaign advocating for his freedom reached more than 3 million.

Message from Iran: Tell All Americans We Love Them

Israelis ♥ Iran: A Message of Love and Peace