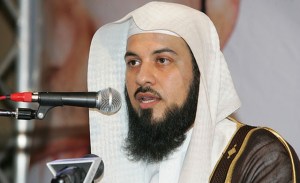 I want to hat tip Rookie who first alerted us to the story about a fabricated fatwa that allegedly gave Syrian rebels permission to engage in “intercourse marriage/gang rape,” the fabricated fatwa was attributed to a Saudi preacher by the name of Mohammad Al-Arifi.

Robert Spencer was pushing the false story on his JihadWatch and made a grudging update to the story quite some time after it was revealed to be fabricated in which he couldn’t help but take a dig at Shi’a Muslims.

Daniel Greenfield, premiere Genocide-inciter at David Horowitz’s FrontPageRag also published an article on the fabricated fatwa that attempts to paint it as real. Greenfield’s article has no update and in fact was headed with an incendiary picture from an older hoax being pushed by Islamophobes regarding a supposed “mass pedophilia wedding” in Gaza in 2009. 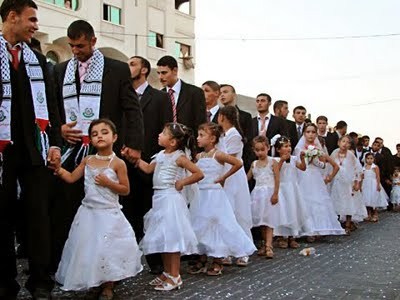 I debunked this absurd hoax back in August of 2009 in the article, Anti-Muslim Blogosphere Runs Amuck: Forced to Eat Crow. Clearly, Greenfield wasn’t phased and continues to push this lie despite it being debunked  over three years ago.

AlterNet, which it self was fooled but had the decency to apologize for its mistake has the full story on the fabricated fatwa:

January 2, 2013  |  Editor’s note: On January 2, AlterNet was one of several outlets that published what turned out to be an article based on a false report. We would like to apologize to our readers for the error.

On January 2nd, the story of a Saudi Sheikh issuing a fatwa that condoned ‘intercourse marriage’ or gang rape in Syria exploded over the internet.

According to various sources, Sheikh Mohammad Al-Arifi had stated that foreign fighters in Syria had the right to engage in short term marriages to satisfy their sexual desires and boost their determination to fight against the Assad regime. Syrian girls and women from age 14 upwards were considered fair game and apparently secured their own place in heaven if they participated in these ‘intercourse marriages’.

By the evening a simple Google search of the words, ‘Saudi Sheikh’ , Syrian, and ‘women’ brought up some 5 million references and at least 3 pages of links to articles spreading the news. Not surprisingly there was immediate online uproar too, though as one commentator put it, much of the discussion was about whether these arranged temporary marriages technically constituted ‘rape’. This in itself is worrying.

There was also skepticism from many quarters about the veracity of the report, particularly among savvy Mideast experts.  Rightly so. The story, much like the one a few months ago about Egyptian Islamist MPs proposing laws that permitted sex with a deceased spouse up to 6 hours after his/her death, turned out to be a gross lie.  Sheikh Al-Arifi has issued a denial via his Facebook page. Over the next few days, the various websites and media outlets that spread the story will no doubt issue their retractions. But the story also raises many questions.  For starters, where did it come from? AlterNet inadvertently picked it up from the overtly anti-Islamic Clarion Fund site. Others pointed to the Iranian regime backed Press TV as the primary source on December 31 2012.  But the earliest English language reporting comes on December 29 from an obscure YouTube news site called Eretz Zen, tagged as a YouTube channel by a “secular Syrian opposed to having [his] country turned into a Taliban-like state.”

What’s extraordinary and depressing is that a slew of websites picked up the story and ran with it, some claiming legitimacy because the other had posted it and clearly no one bothered to do some basic fact checking. Arguably this is just the nature of the net and minute by minute news updates. The story was too sensational to give up. But one would imagine that if a similar story emerged about a Christian cleric or a Rabbi, someone, somewhere would have paused before posting it. Sadly, in the case of stories about Muslim clerics or Islamists the same red flags don’t seem to apply.

Perhaps western journalists are so ignorant of Islam and the cultures in the Middle East that they are willing to believe anything. It’s nothing new — after all Western notions of the East were always immured in sexual decadence and the allure of harems. That was a trademark of the patronizing Orientalism of the past. Today we have a phobic version of Orientalism — expecting and only seeing and reporting the bad and the ugly.