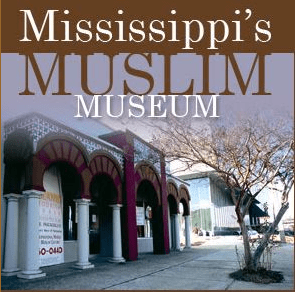 A round of applause for “Fox & Friends” host Anna Kooiman. Two weekends ago, she committed the inexcusable error of taking seriously a “story” on the Web site of the National Reporter saying that President Obama had dug into his own pocket to fund the International Museum of Muslim Cultures. Here’s how she put it: “We’re going to talk a little bit later in the show, too, about some things that are continuing to be funded and President Obama has offered to pay out of his own pocket for the Museum of Muslim Culture, out of his own pocket.”

Though Kooiman had to apologize to her mass of viewers, perhaps an apology isn’t quite in order for the Jackson, Miss.-based International Museum of Muslim Cultures. The Erik Wemple Blog caught up with the museum’s staff last week — one of the “few hundred” phone calls that the museum received in the wake of the National Reporter-Fox News misreporting. Okolo Rashid, the museum’s co-founder and executive director, didn’t know what to think when the first calls started trickling in. “They were long-distance calls,” says Rashid, who reports that people were asking, “How are you all open and the government’s shut down?”

“They were just a little rude because they were believing this stuff,” says Rashid, referring to the story in the National Reporter and “Fox & Friends.” Executive Assistant Erica Handy told the Erik Wemple Blog that the callers were generally “pretty nice.” “They were interested in the museum,” says Handy. “They had questions about the architecture.” The museum is not federally funded and draws funds from “membership, grants and other donations and contributions from individuals, businesses, City, County, States, and national sources, as well as local and national foundations.”

Neither Rashid nor Handy seemed at all upset over having to answer nonstop phone calls from potential visitors. The museum even issued a press release on the whole thing, which includes this line: “Although Ms. Kooiman has since apologized on tweeter for what she called ‘flawed research’, this created a news frenzy that has been good for IMMC.”

So Fox News, via an on-air mistake, has assisted a museum that promotes Muslim cultures. That should scare it into quadruple-fact-checking everything from this point forward.