By Garibaldi on January 6, 2015 in Anti-Loons, General 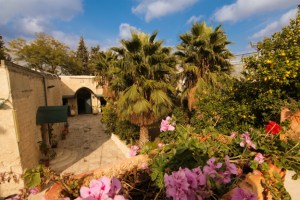 “It turns out there’s an 800-year-old Punjabi Sufi hospice in Jerusalem, linked to the famous Sufi saint Baba Farid’s visit to the city all those centuries ago. Astonishing stuff — like most people, I had no idea about any of this. The article also mentions Farid’s links to Sikhism and the Guru Granth Sahib. Farid is regarded as the founder of Punjabi Sufism; he was also the direct predecessor of Nizamuddin Auliya.” (h/t: Jai Singh)

Around the year 1200, little more than a decade after the armies of Saladin had forced the Crusaders out of the city, an Indian dervish walked into Jerusalem.

Hazrat Farid ud-Din Ganj Shakar (or Baba Farid, as he is better known) belonged to the Chisti order of Sufis, a mystical brotherhood that still flourishes today across India, Pakistan, and Afghanistan. Later accounts of his life said that he spent his days sweeping the stone floors around al-Aqsa mosque, or fasting in the silence of a cave inside the city walls.

No-one knows how long Baba Farid stayed in the city. But long after he had returned to the Punjab, where he eventually became head of the Chisti order, Indian Muslims passing through Jerusalem on their way to Mecca wanted to pray where he had prayed, to sleep where he had slept. Slowly, a shrine and pilgrim lodge, the Indian Hospice, formed around the memory of Baba Farid. 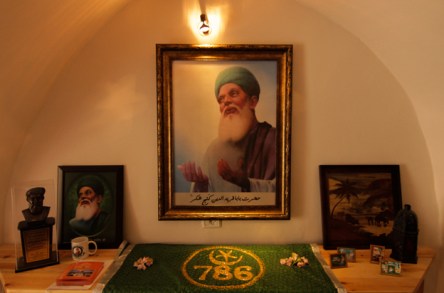 More than eight centuries later, that lodge still exists. And although it stands inside Jerusalem’s walls – perhaps the most fiercely contested stretch of ground anywhere in the world – it is still in Indian hands.

The current head of the lodge, 86-year-old Muhammad Munir Ansari, grew up there in the years before World War Two, when Palestine seemed to end just outside the gate.

“All the residents were Indian. I felt as if I was living in India. Whenever we entered the Hospice – Indian state!” he says. “At that time people came by ship. They used to bring food, rice, even their salt. Salt! All from India. As soon as you entered the gate, the smell of Indian food, they were washing their clothes, hanging them here in the courtyard.”

The war cut off the flow of pilgrims and brought an end to the colourful scenes of Munir’s childhood. 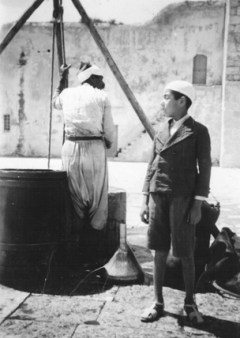 The lodge became a leave camp for the Indian Fourth Infantry division, whose soldiers had only just left when the first Arab-Israeli war broke out in 1948. By the time Munir succeeded his father as Sheikh – head of the lodge – in 1952, the building was scarred by shelling and overrun with Palestinian refugees.

But worse was to come.

In 1967, as the Israeli army fought its way into Jerusalem during the Six Day War, the lodge was hit by rockets.

“The ’67 war started on Monday 5 June. On the second day we found them at our entrance. By night, 50 or 60 soldiers inside the gate – Jordanians. They were in terrible condition, asking for water,” he says.

“That was on Tuesday. On Wednesday morning we went out to find not a single soldier. They ran away, leaving their uniforms and even their weapons. That day the Israelis began to prepare for entering the Old City. So these weapons that had been abandoned, some local people took these guns and started shooting. And we paid the price.”

As the Israelis bombarded the hospice, Sheikh Munir herded his family from room to room. The shells found them near the shrine of Baba Farid. The roof collapsed. Sheikh Munir, his hands and face badly burned, pulled the survivors from the rubble. His mother, his sister, and his two-year-old nephew were dead.

From a hospital in the Old City, Sheikh Munir brought his family back to the ruins. “We came home. Very sadly, I can say. Imagine how the situation was. Most of the rooms were damaged. My hands were burned, my eyes were closed, my hair was burned. It was a miserable situation.”

Miserable or not, there was no question of abandoning the lodge. Its history went back too far – to the days when Saladin was still consolidating his hold on Jerusalem.

Baba Farid arrived in a city that had just returned to Muslim hands after almost a century of Christian rule. The Crusaders, ensconced along the Mediterranean coast, had not gone away, and Saladin understood that if the Muslims were to keep Jerusalem, they would need to match the Crusaders not only on the battlefield but in their zeal for the city.