By Emperor on January 12, 2015 in Anti-Loons, Feature, Loon Media, Loon-at-large 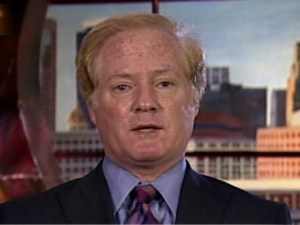 A regular over the years on Fox News, Steven Emerson, is a well known tool in the American Zionist establishment, beloved by AIPAC and other such lobby/advocacy organizations. Before his most recent idiocy, Emerson’s most famous gaffe was blaming the Oklahoma City bombing on Muslims, saying things like, “Oklahoma City, I can tell you, is probably considered one of the largest centres of Islamic radical activity outside the Middle East.”

Over the years Emerson has made millions from the counter-terrorism/Islamophobia industries (check out: million$$$ of reasons to promote hate and suspicion of Muslims). He has made several movies depicting Muslim Americans as a Fifth Column. His website, The Investigative Project on Terrorism is known to publish articles promoting racism and Islamophobia.

In this context it becomes understandable why Emerson would make a complete and utter ass out of himself by claiming that the English city of Birmingham was “totally Muslim,” and that there are “no-go areas” all over the place. This got all of England (and the world) laughing at him, with the satirical Twitter hashtag #FoxNewsFacts trending:

Even Prime Minister David Cameron chimed in to describe Emerson as “a complete idiot“; funny how the leader of Britain understands this but the morons in Congress still bring Emerson on for “expert testimony” (i.e. bash Muslims). Emerson, used to living in his own world, may try to spin this as a compliment, after all his previous honors include being described as the “Worst Person in the World.”

Steven Emerson exposes himself as a know-nothing jackass–again: