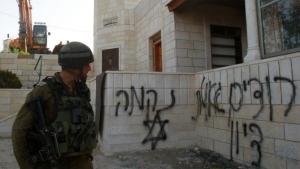 via. Haaretz, by Chaim Levinson and Jacob Khoury

A mosque in a West Bank village near Bethlehem was torched overnight Wednesday, the official Palestinian news agency Wafa reported.

Settlers that entered Kafr Jab’a also sprayed hate graffiti on the building, including “we want the redemption of Zion,” and “revenge,” Wafa reported.

The chairman of the Jab’a council told the news agency that the inner walls and furniture were damaged in the attack. Israel Police said that army forces and an anti-terror crime unit were in the village, investigating the incident.

Last month, vandals torched the door of a mosque in the village of Dir Istia, causing light damage. Hate graffiti was sprayed on the building there as well. 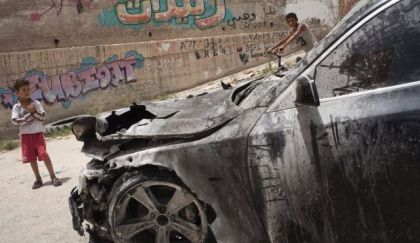