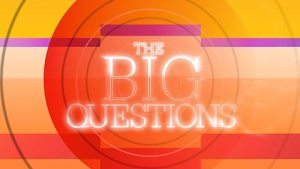 There have been several debates on threads here regarding whether or not Jews are a race or religion or both. It’s a complicated question, further complicated by the fact that differences exist among Jews in how they answer that question, though a great many see being Jewish as both race/ethnicity and religion.

I’m not interested in rehashing that debate here but wanted to highlight a blatant contradiction and tension between two shows from this year on the BBC program, “The Big Questions.”

BBC’s, “The Big Questions,” hosted by Nicky Campbell claims to delve into questions relating to “moral, ethical and religious debates.” However, quite often the show is simply an exercise in which guest can deliver the best soundbite and applause line.

Unresolved contradictions abound in the program, such as the one displayed in the video below. Self-styled “counter-extremism” guru, Maajid Nawaz implies that the difference between Anti-Semitism and Islamophobia is the issue of racism, though he doesn’t explain how this makes it a lesser form of bigotry and xenophobia.

Nawaz claims one can be racist against Jews but not Muslims because Jews are a “race.” This is contradicted on another show by Rabbi Laura Janner-Klausner who states explicitly that, “Jews are not a race” but a “religious civilization.”

The contradiction and lack of nuance remains, and goes to a point we (and others) have made quite often: racism against, and racialization of, religious groups whether in the guise of Islamophobia or Anti-Semitism is not only conceivable but a well documented fact.

Clearly then, at the heart of much of both Anti-Semitism and Islamophobia is an undeniably virulent racism, which talking heads such as Maajid Nawaz and Douglas Murray unfortunately are all too happy to undermine with short soundbites.