By Dorado on October 1, 2015 in Loon People, Loon Politics 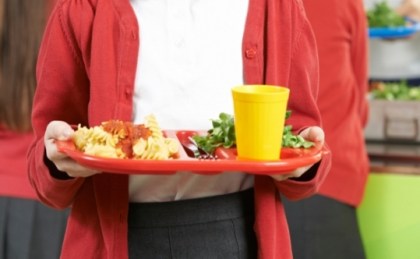 An elementary school in France thought color-coded tags to be worn by students who don’t eat pork and meat was a good idea, until parents complained. This is occurring in the backdrop of rising Islamophobia and anti-Semitism.

Elementary school in small French city swiftly withdraws initiative that used colored tags to identity students who do not eat pork and meat.

A French municipality launched a probe into an elementary school’s use of red and yellow tags to identify pupils who do not eat pork and meat, respectively.

The city of Auxerre, located 105 miles southeast of Paris, opened the investigation on Friday after parents complained to local media about the school’s initiative, in which neck strings bearing red and yellow plastic discs were placed on pupils ahead of lunchtime at the school cafeteria.

The pupils wore the tags for one day before the faculty was instructed to stop using them. The debate on the availability in public schools of pork-free dishes is a divisive issue in France, where rightist parties and other politicians advocating strict separation between religion and state see it as proof of a creeping influence on the public sphere, mostly by Muslims immigrants.

Malika Ounes, a conservative member of the Auxerre city council, told the news website Creusot-Infos.com: “It’s revolting. It brings back memories of dark times,” in reference to the requirement in Nazi-occupied France that Jews wear yellow stars on their clothes.