This is how a large swathe of racist America felt after Barack Hussein Obama was elected in 2008.

Now they are empowered.

The United States elected a fascist. A man who whipped up hate and xenophobia to shocking and unprecedented levels. The people surrounding and advising Donald Trump are the same people we have been warning about and exposing for years now. There was never a doubt that any Republican victory in the presidency would embolden this network of professional and career fear-mongers; Trump’s candidacy was worse than all of them.

This thread is for you to share your reflections and thoughts on the election of an American fascist. 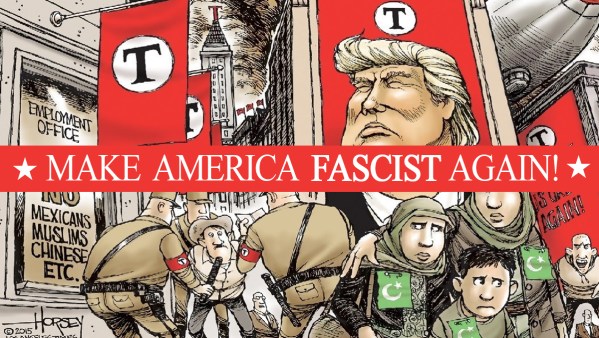