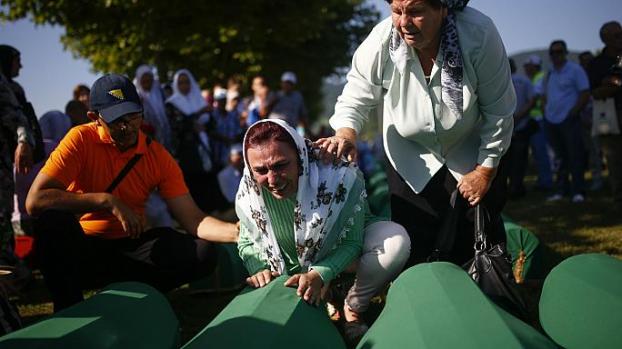 Many are still uneducated and unaware of the fact that 8,000 Bosnian men and boys were systematically massacred by the Serb national army, and thousands of women and girls raped.

Thousands gathered across the world to remember the worst massacre in Europe since the end of World War II, letting the world know that this will never be forgotten or swept under the rug. In Srebrenica, over 20,000 gathered, while Serbian officials chose to miss the commemoration.

On the heels of the commemoration of the genocide at Srebrenica, an appeals court in Serbia halted the first ever war crimes trial.

The court in Belgrade said it has accepted defense complains that the indictment against the eight is invalid because it was filed when Serbia did not appoint the chief war crimes prosecutor.

The ruling meant that the whole proceeding will have to start over from scratch.

The eight former members of a Bosnian Serb special police unit went on trial in February this year, accused of organising and participating in the shooting of more than 1,300 Bosniak civilians in an agricultural warehouse in the village of Kravica near Srebrenica in July 1995.

It appears to have been halted over a technicality. Hopefully, the trial proceeds sincerely and factually, so that Serbia can live up to the genocidal crimes committed in the name of Serbian nationalism and Orthodox religion.