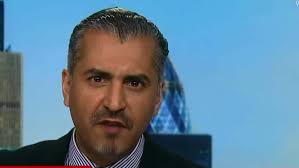 Quilliam, a UK-based “counter-extremism” organization favored by racists and bigots on both sides of the pond, and one whose funding we’ve exposed and whose leaders’ ideological affiliations we’ve analyzed in the past released a report whose basis and conclusion run on the familiar, tried and true racist formula of attempting to tie culture, religion to criminality. CJ Werleman discusses why it isn’t only absurdly flawed but a reward for its racist backers. via. Medium

Given all of the above, it’s not surprising then that the report found that 84 percent of 264 convictions of grooming gang members were men of Asian origin, and even less surprising, it concluded with an assertion these gangs of mostly British-Pakistani men “have been influenced by the cultural conditions of their home country and a wider failure of British society to integrate these men into their adoptive culture.”

Basically, it reads as the sum total of every racist, white nationalist’s wet dream: a report that not so subtly evangelizes the purity and perfection of white society, one that is corrupted only by external villains and influences. The report reads like the platform of any ultranationalist, far right political party, blaming the demise of Western society on immigration, multiculturalism, and lack of ethnic assimilation. “We’’ll be saved, our jobs will return, and our streets will be safer when they leave or stop arriving” is the subtext to every racist narrative.