By Danios on October 29, 2009 in Feature, Loon Politics, Loonwatch Updates 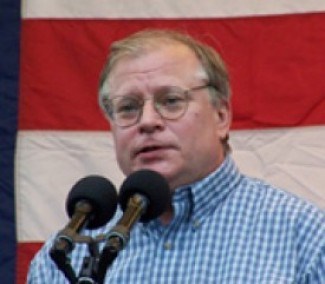 On September 11th of 2001, nineteen Al-Qaeda affiliated hijackers coordinated a series of horrific suicide attacks, killing almost three thousand innocent men, women, and children.  What motivated these young men to throw away their lives–and take away the lives of others–was a deep-seated and overwhelming hatred towards America.

The 9/11 attacks brought out the best–and at times the worst–in Americans.  Whilst certainly the desire to help out victims and their families reflected the best, there were other parts of society who co-opted the situation for their own nefarious hate-mongering purposes.  For Islamophobes, it became the casus belli against Islam and Muslims in general.  And so, in a horrible irony, the hatred of Al-Qaeda–of Muslim extremists–was internalized by some.  It is a truism–as trite as it sounds–that hate begets hate.

It is unfortunate that many good meaning Americans may have been influenced by these Islamophobes.  Most impressionable and vulnerable to the hate-mongering are those directly affected by the Islamic extremists.  Nobody could be affected more by Al-Qaeda than the families of the 9/11 victims.  People often get emotional, and it is easy to substitute rage for rationality.  There is a desire to lash out at the other.  Simplistic answers seem comforting.

Peter Gadiel, a resident of Kent, Connecticut, suffered the loss of his son, who died in the horrific 9/11 attacks.  We here at LoonWatch extend our heartfelt condolences to Mr. Gadiel.  Furthermore, we understand that he is going through a difficult time, coping with the loss of a child, something that no parent should ever go through.  However, we urge Mr. Gadiel not to react to the hatred that killed his son with bigotry.

KENT, Conn. — Peter Gadiel wants everyone to remember his son, James, who was killed during the September 11 terrorist attacks.

And he also wants people to remember how he died: “Murdered by Muslim terrorists.”

For Gadiel, any tribute to his son would be woefully incomplete without those words.

“I think it’s important, because I think there’s a nationwide effort to suppress the identity of the people who were involved in the attacks,” Gadiel told Fox News.

Eight years ago, 23-year-old James Gadiel worked for Cantor Fitzgerald on the 103rd floor of the World Trade Center. He died when a hijacked plane crashed into the North Tower.

For years, Gadiel’s hometown of Kent, Conn., has wanted to honor the young man with a memorial plaque next to its town hall. But the tribute has hit a snag because James’ father wants to include the phrase, “Murdered by Muslim terrorists,” under his son’s name.

For Peter Gadiel, it is a central fact of the Sept. 11 attacks that is often left out.

“It isn’t just overlooked, it’s suppressed,” Gadiel said. “It’s simply wrong to imply that people just died. The buildings didn’t just collapse, they didn’t just fall down — they were attacked by people with a specific identity, a specific purpose.”

Town officials call the phrase too controversial for a small town memorial, and they recently voted against erecting the plaque if Gadiel insists on the language.

“We perceive ourselves as a very warm, loving town,” said Ruth Epstein, a Kent selectman and one of two town leaders to vote the plaque down. “To disparage any one ethnic group is just against everything that we stand for here.”

Epstein noted that other Sept. 11 memorials, like the one at the Pentagon, don’t mention Muslim terrorists, and she said she does not want to alienate any members of her small and close-knit community.

“We have at least one Muslim family living here with children and it — it would be just awful to have them see something like that,” Epstein told Fox News.

But for Gadiel, it’s an important message that he insists be present on any tribute to his son.

This would be a dangerous precedent.  Should the memorial plaques in honor of the Native Americans read “Murdered by White Christian Genocidal Butchers?” According to IraqBodyCount.org, over a 100,000 Iraqi civilians–including men, women, and children–have died due to the war.  Should the graves of the dead be emblazoned with “Murdered by Christian Crusaders?”  Hundreds of civilians died in Gaza due to Israel’s obscene offensive; should memorials be raised to honor them with the words “Murdered by Jewish Terrorists?”

The Islamophobes might ask “weren’t the 9/11 hijackers Muslims and terrorists, so what is wrong with having the plaque say exactly that?”  Well, on this line of reasoning, what’s wrong with erecting memorial plaques for white suburban kids “Murdered by Urban Blacks?”  Or if a Jew killed anyone, then plaques boldly saying that “Jews Murdered This Man.”  Maybe we should start identifying every race or religion in this manner?

The truth is that if all people did this, then there would be no religion–and no ethnic group–that would be left without “blood on their hands.” Luckily, most human beings agree with the principle enunciated in the ancient scriptures that, ‘there is no collective guilt.’ In the Quran it states, “Every soul earns only to its own account; no laden soul bears the sins of another” (6:164) and in the Bible: “Each is to die for his own sin.” (Deut. 24:16).

The phraseology chosen by Mr. Gadiel seems to associate the sin of the 9/11 attacks to all of the Muslims.  Any sensible person can see that, which is why the officials refused to include such an offensive and inflammatory inscription.  Ruth Epstein, one of Kent’s town leaders, said quite correctly: “To disparage any one ethnic group is just against everything we stand for here.”  In fact, it is exactly what the Al-Qaeda hijackers stood–and died–for.

The way he phrased the statement tells us a lot about Mr. Gadiel’s frame of mind.  It’s as if he sees Muslims as one monolithic group, as if Muslims are the Borg, with one master leader who makes all the decisions.  So somehow, in his mind, he sees all Muslims as collectively denying that they had anything to do with the attacks.  Even that idea–that somehow ‘they’ are involved because their co-religionists were involved–is certainly questionable.

And he’s just quite frankly wrong about this; all of the major Muslim organizations condemned Al-Qaeda (an Islamic extremist group) for what they did on 9/11.  Is that not acknowledging who did it? It is often erroneously claimed by some that Muslims have remained silent about 9/11 or terrorism in general.  Yet, nothing could be further from the truth.  The major Muslim organizations have issued statement after statement about their abhorrence of terrorism and condemnation of 9/11 in specific.  It is to the point of exhaustion.  Here is one non-exhaustive list of condemnations of 9/11 and terrorism, from the major Islamic organizations.

Many Muslims would argue that while they have bent over backwards to condemn the 9/11 attacks ad nauseum, few non-Muslim Americans have recognized the deaths of millions of Muslim civilians who have died as the result of interventionist policies, those that are in fact fueled by the same type of hatred that brought down the World Trade Center.  Would Mr. Gadiel like to admit that “his people” did that, or would he simply “refuse to acknowledge” it?  In Kent, there is a Mr. Gadiel mourning the loss of his son, who died at the hands of the Islamic extremist group Al-Qaeda.  In Kirkuk, there is a Mr. Gamal mourning the loss of his daughter, who died at the hands of the Christian extremist group Blackwater.

Of course, the dead of America have one advantage over the dead of Iraq.  The former have names and faces, whereas the latter are left by the mainstream media as nameless and faceless.  The former are recognized in memorial services and plaques (as they should be), whereas the latter are forgotten in the rubble that they died under.  One sees this double standard in the media quite clearly: the lives of those who died in 9/11 are covered in detail in order to personalize them (as should be done), whereas the death of Iraqis–of “Mooslims”–is just a meaningless statistic.

As for the phrase “their people” that Mr. Gadiel employed, that is questionable as well, since many Muslims in this country–nay, most–see themselves as Americans, so they are “our people.”  Our people and part of the pluralistic country we live in.  LoonWatch.com condemns all forms of bigotry and hatred.  We do not agree with the binary world view, the ‘us vs them’ mentality that fuels this holy war between Judeo-Christianity and Islam.  Yes Mr. Gadiel, a group of extremists killed your son, but do not let them kill American values: our pluralistic tradition that embraces people of all races and religions.

Mr. Gadiel, your son died.  Do not co-opt his death to spread hatred.  Use his death to spread love, compassion, and understanding–values that you no doubt preached to your son when he was alive.  Al-Qaeda wants you to hate Muslims in general.  What they don’t want is for you to embrace Muslims as brothers in humanity.