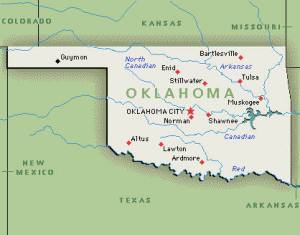 Peace be on you

A backlash against imaginary perils

THERE are only 30,000 Muslims in Oklahoma, a state of 3.7m people, making them well under 1% of the population. That’s still enough to worry some people, though. Rex Duncan, a Republican member of Oklahoma’s House of Representatives, has just had a measure placed on the November ballot that would ban local courts from considering sharia, or Islamic law, in their judgments, a dubious first for the nation.

Mr Duncan describes his proposed measure, which would also bar courts from considering any other forms of international law, as a “Save Our State” constitutional amendment. He cites Britain, and the alleged readiness of its courts to consider sharia (though in fact it is only applied in some civil and family cases when both parties agree, and the primacy of the law of the land remains paramount in all cases) as an example of how prevalent Islamic law might become. Mr Duncan calls it a “cancer upon the survivability of the UK”, and declares that “this is a war for the survival of America.”

The odd thing is that no one has ever proposed making appeals to sharia in America. But proponents of this and similar measures elsewhere point to the example of Justice Ruth Bader Ginsberg, who has sometimes cited foreign laws in her opinions on cases before the Supreme Court. Opponents worry that such a measure would bring into question any reference to English statute, for instance Blackstone’s useful “Commentaries on the Law of England”. Since the American legal system was originally based on English common law, that would be an inconvenience.

The latest ballot initiative is hardly unique. Oklahoma has become fertile ground for conservatives. In recent months legislators have also focused on tightening abortion rules and weakening those on guns. A new law forces women to view ultrasound images before their abortions; even Texas balked at that one last year. The ultrasound monitor is put in the patient’s line of sight, and she must also listen to a description of the fetus.

The Republican-controlled legislature also passed a law that would have made any firearms or ammunition manufactured in Oklahoma, and remaining in the state, immune to federal regulations, including federal registration requirements. But the Democratic governor, Brad Henry, vetoed that legislation.